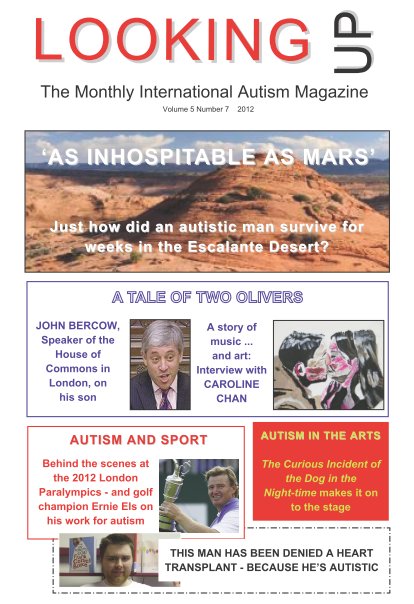 A TALE OF TWO OLIVERS:

THE WORLD ACCORDING TO MONIQUE:   Monique Post on 'The many languages of autism'

AUTISM IN THE ARTS:    The Curious Incident of the Dog in the Night-Time makes it on to the stage

We use third-party advertising companies to serve ads when you visit our website. These companies may use information (not including your name, address, email address or telephone number) about your visits to this and other websites in order to provide advertisements about goods and services of interest to you. If you would like more information about this practice and would like to know your options in relation to·not having this information used by these companies, click here.

Materials available from these web pages are copyright © AFPublications.org unless otherwise stated.